What makes a song light or dark, happy or sad?

Home Blog What makes a song light or dark, happy or sad? 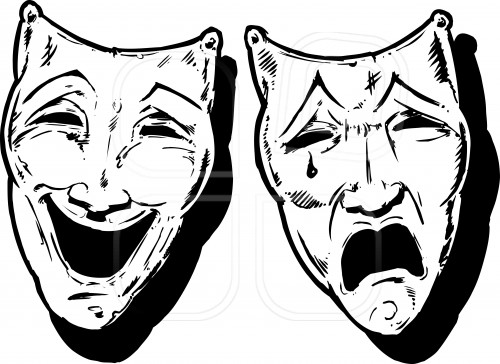 What makes a song light or dark, happy or sad?

Major and Minor are Happy and Sad 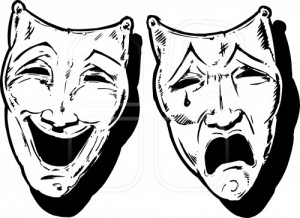 Major Scale Modes
Of the seven major modes, three are major and four are minor. The three major modes are Ionian, Lydian and Mixolydian. The four minor modes are Dorian, Phrygian, Aeolian and Locrian. The two most commonly used modes are Ionian and Aeolian, and they are the ones also called the relative major and relative minor. Ionian stems off of the first scale degree in the major scale and Aeolian stems off of the sixth.

Dorian and Mixolydian Modes
Dorian and Mixolydian modes, stemming off of the second and fifth, are fairly common. Dorian centers on a minor chord and is generally characterized as sounding dark, warm and jazzy. “Moondance” by Van Morrison and the solo section to “Light My Fire” by The Doors are good examples of Dorian mode. Mixolydian mode centers on a major chord, but differs slightly from the plain major scale. It’s characterized by its flat seventh (b7) interval and flat seven (bVII) chord. “Tequila” by The Champs and “Louie, Louie” by The Kingsmen are good examples of Mixolydian mode. Mixolydian mode is also called the dominant scale.

Phrygian, Lydian and Locrian Mode
Phrygian mode is characterized as sounding Spanish, but really isn’t used much. Lydian occurs occasionally but usually only temporarily in a song. It stems off of the forth degree and centers on a major chord. It has an unstable sound that features a sharp forth (#4) interval and major second (II) chord. This creates suspense. The verse to “Here Comes My Girl” by Tom Petty and The Heartbreakers and “Freewill” by Rush are good examples of the Lydian mode sound. Locrian mode stems off of the seventh scale degree and is, for practical intents and purposes, not used.

Happy and Sad Songs
The mode of a song (the major scale degree which a chord progression centers on) plays a huge role in producing a song’s mood and feel, but other things can have an impact too. For example, a song could sound “dark” because the lyrics are unsettling or the performance produces a strong emotional impact. “Born in the USA” by Bruce Springsteen is in a major key and many people take it to be a positive, patriotic song. But the song actually deals with the effects of the Vietnam War. So depending on how you interpret it, the song can be either “dark” or “light.” “With or Without You” by U2 is also in a major key, but the lyrics, vocals and sustained guitar parts create so much depth and intensity that many listeners get a dark feeling from it. “Get Down Tonight” and “That’s the Way I Like It” by KC and the Sunshine Band are happy and upbeat, yet they’re in minor keys. Go figure.

Guitarist Oz Noy plays in major modes but adds a lot of off-key flats and sharps that produce a dark, unusual and atonal sound.

When talking about a song, song writers and music reviewers often use lots of descriptive language that is subjective and more related to the feeling and impact of the song overall, lyrical message included, than it is a technical analysis of how a song is composed. While the chords and scales used in a song definitely impact the tone and feel, so do the lyrics and performance. So there’s no hard and fast rule about what makes a song dark or light.