The Importance of Learning Guitar Songs 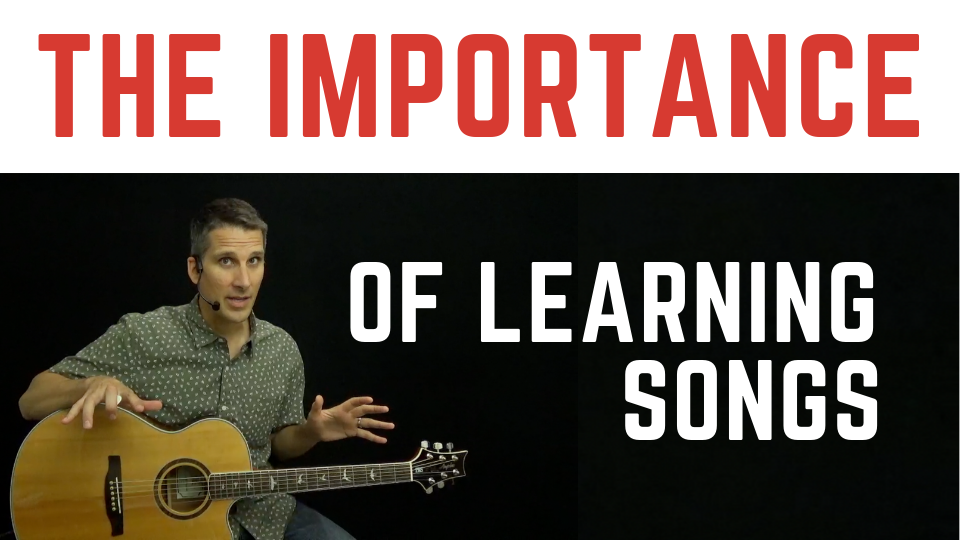 The Importance of Learning Guitar Songs

One of the things people overlook the most when learning guitar is playing songs.

Simply put, playing songs is the BEST thing you can do.

Sure, you have things to learn before diving into songs. These things include basic chord shapes, how to fret notes, how to tune up the strings, and so on.

But once you get past the basics, it’s time to play songs.

Playing songs is where the rubber meets the road. It’s where you put into practice what you have learned.

To make music, you must be able to move your fingers from chord to chord quickly, control unwanted string noise, fill space with picking and strumming, and—on top of everything—keep an even tempo.

You Develop These Guitar Skills When You Play Songs

And songs show you how to make the technical sound musical.

The benefits of playing songs remain true even as you advance on the guitar.

Each solo you learn will teach you something new about technique, timing, and phrasing. The more guitar solos you learn to play, the more extensive vocabulary of ideas you have to draw from when you attempt to improvise.

If you want to learn how to play in a particular style of music, learn a bunch of songs played in that style.

I would assume the importance of learning songs is evident to everyone, but many people overlook it to my surprise.

I frequently meet guitarists who struggle to put all the playing pieces together. They ask me why their playing isn’t taking shape. After they finish detailing all they have learned about chord shapes, scale patterns, and music theory, I ask them if they can play any songs.

More often than not, the answer I hear is, “Nope.”

So they have acquired some of the pieces necessary to make music, but they haven’t spent time assembling those pieces to make music.

Playing music is an ongoing assembly. It’s an action. It’s something you do in time, like playing a sport.

So, get in the game. Play songs.

Your goal should be to play along with songs like you’re part of the band. Better yet, practice songs like you intend to perform them with a band.

Practicing with this intent requires you to get every aspect of your playing in order, including your technique, timing, and tone.

Heck, you might join a band. Or you might take a group you’re already part of to a higher level.

Maybe you want to entertain your family and friends by playing music they enjoy hearing. Or perhaps you play songs solely for your satisfaction.

Whatever the case, get on those songs. Let me know if you need help planning your next steps.