The Difference Between Major and Minor Pentatonic Scales, Patterns & Roots 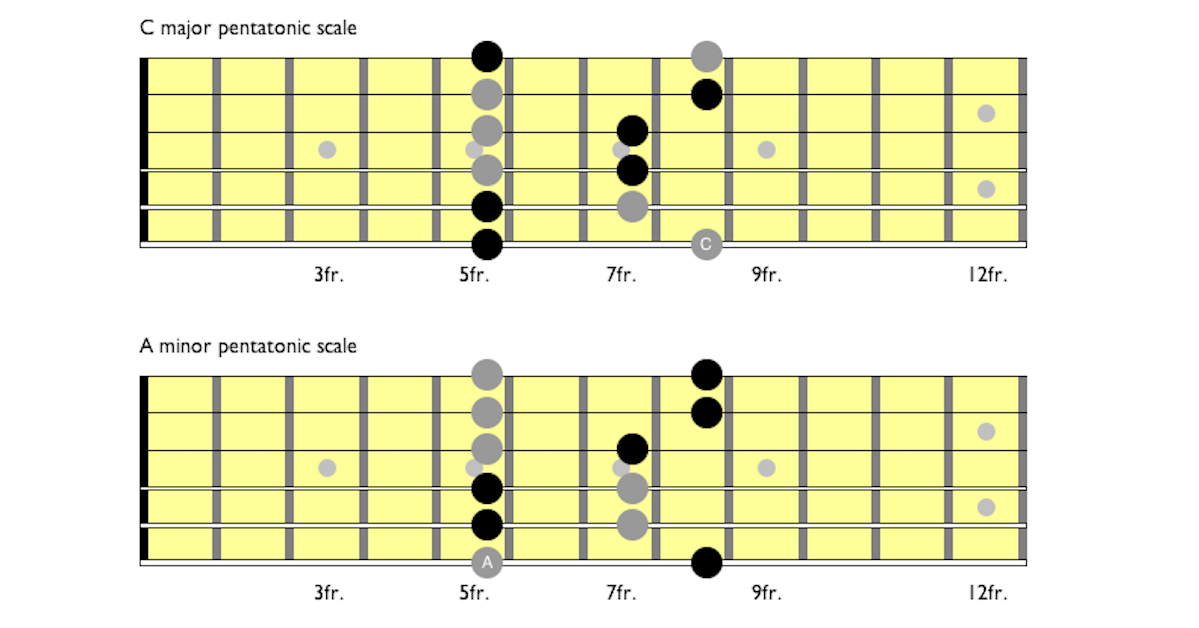 The Difference Between Major and Minor Pentatonic Scales, Patterns & Roots

Difference Between Major and Minor Pentatonic

Guitar players often ask me what makes pentatonic scale patterns major or minor. The answer is that the pentatonic scale is either major or minor depending on which note is functioning as the tonic, which means primary pitch (called root when dealing with a chord). The tonic is determined by what you’re playing over.

For example, the solos in the songs “Let It Be” by The Beatles and “Breakdown” by Tom Petty both use the same scale. It’s the C major/A minor pentatonic scale, which consists of the notes C-D-E-G-A or A-C-D-E-G depending on whether you start on C or A.

In “Let It Be” by The Beatles, the primary chord in the progression is C major and the primary note (or tonic) in the pentatonic scale riff is C, so you call it C major pentatonic.

In “Breakdown” by Tom Petty, the primary chord in the progression is Am and the tonic note in the pentatonic scale riff is A, so you call it A minor pentatonic.

The C major and A minor pentatonic scales consist of the very same notes and patterns. The difference is which note is functioning as the tonic (primary pitch). 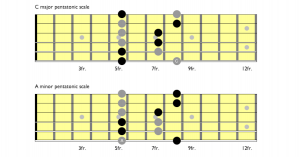 Every pentatonic key can have one of two possible tonalities. The tonalities are called “relative major” and “relative minor”. C and Am are relative. So are G and Em, A and F#m, D and Bm, F and Dm, etc. In pentatonic scale pattern one (as I teach it in my Fretboard Theory guitar theory program) the first note is always the relative minor and the second note is always the relative major no matter what key or position you’re in.

Watch me demonstrate the difference between the major and minor pentatonic in the video below.