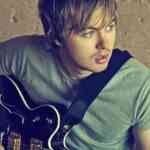 Listen to the full 60 minute interview at: Guitar Theory podcast at iTunes

Joe has won various competitions, performed at the Bonnaroo Music Festival was named “Best New Talent” in Guitar Player magazine in 2010. He has given a seminar at the prestigious Berkley School of Music, has toured in many places around the world and has been praised by many respected guitarists. In 2012 he released his full-length album “Let Me Introduce You” and also an EP titled “Toe Jam.”

In this interview, Joe discusses his musical background, style and perspectives on music theory and guitar playing. It includes samples of his songs and recorded albums plus live playing and improvisations. Interview with Desi Serna author of Fretboard Theory. Recorded Friday May 24, 2013. 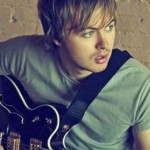