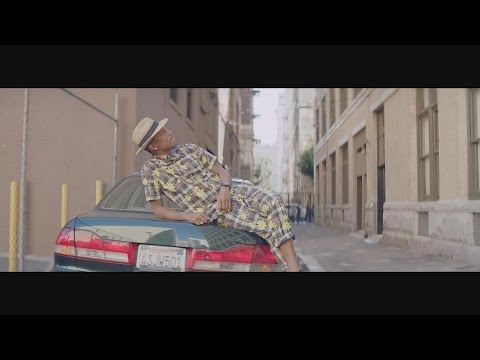 The song “Happy” by Pharrell Williams has sold in the millions and racked up hundreds of millions of views on YouTube. It features a unique chord progression that mixes major and minor tonalities and borrows chords from two different scales. If you’re interested in knowing how the music breaks down from a theory perspective, and you want to know what scales to play over the chord changes, then read on (and clap along if you feel like that’s what you wanna do).

Introduction
The song’s introduction begins with an F7 chord, creating a major key, specifically, F Mixolydian mode because of the b7th in the chord. But in just the fourth measure the tonality changes to minor with the notes F, Ab, Bb, and C. The official score indicates these pitches as chords, but I’m not hearing them that way. Instead, I hear them as a riff in F minor pentatonic, a scale that you can use to riff and jam over this section of the song.

Chorus
The chorus introduces some jazzy changes that are rich in harmony. I hear the chords as Dbmaj7-Cm7-F7sus4-F7. I consider this progression to be an example of modal interchange. The Dbmaj7 and Cm7 are drawn from the F minor scale (Aeolian mode), and the F7sus4 and F7 are drawn from the parallel scale of F Mixolydian mode, which is actually drawn from the C major scale.

Pentatonic Scale
Another option while playing over the chorus (or the whole song for that matter), is to simply using F minor pentatonic the whole time. Obviously, F minor pentatonic works over the section in F minor because the five pentatonic notes are located within the full seven-note minor scale. F minor pentatonic can still work over the F7 chords because Mixolydian mode is often used together with a minor 3rd creating a bluesy sound. This option of just using the pentatonic has the added bonus of being easy to do because you don’t need to play full scale patterns or worry about switching scales. Since you’re creating a bluesy sound, you may as well add in the b5th a la the “blues scale.”

Other Options
You can get a little bit of the modal interchange effect without completely switching scales by basing your lead lines in the minor pentatonic and then adding in a major 3rd, A natural, on the F7 chord. And here’s a cool trick that will give you something else to work with. First, break the chords down to their basic triads. So Dbmaj7-Cm7-F7sus4-F7 becomes Db-Cm-F. Next, substitute the C minor chord’s relative major, Eb major. Now you have the chords Db-Eb-F. That’s three major chords a whole-step apart, which is the bVI-bVII-I progression I teach in Fretboard Theory Volume II Chapter 4. The notes of the Eb chord are Eb, G and Bb, which are all found within a Cm7 anyway, so harmonically you’re playing related pitches. Now here’s what you can do with this:

As you can see, this happy, pop ditty is not only great for kiddos, silly dancers and lovers of Top 40, but also for guitarists that want to branch out from ordinary rock chord progressions to something jazzier that is richer in harmony. 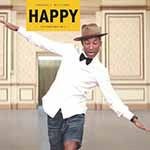