No Rain Tab and Mixolydian Mode 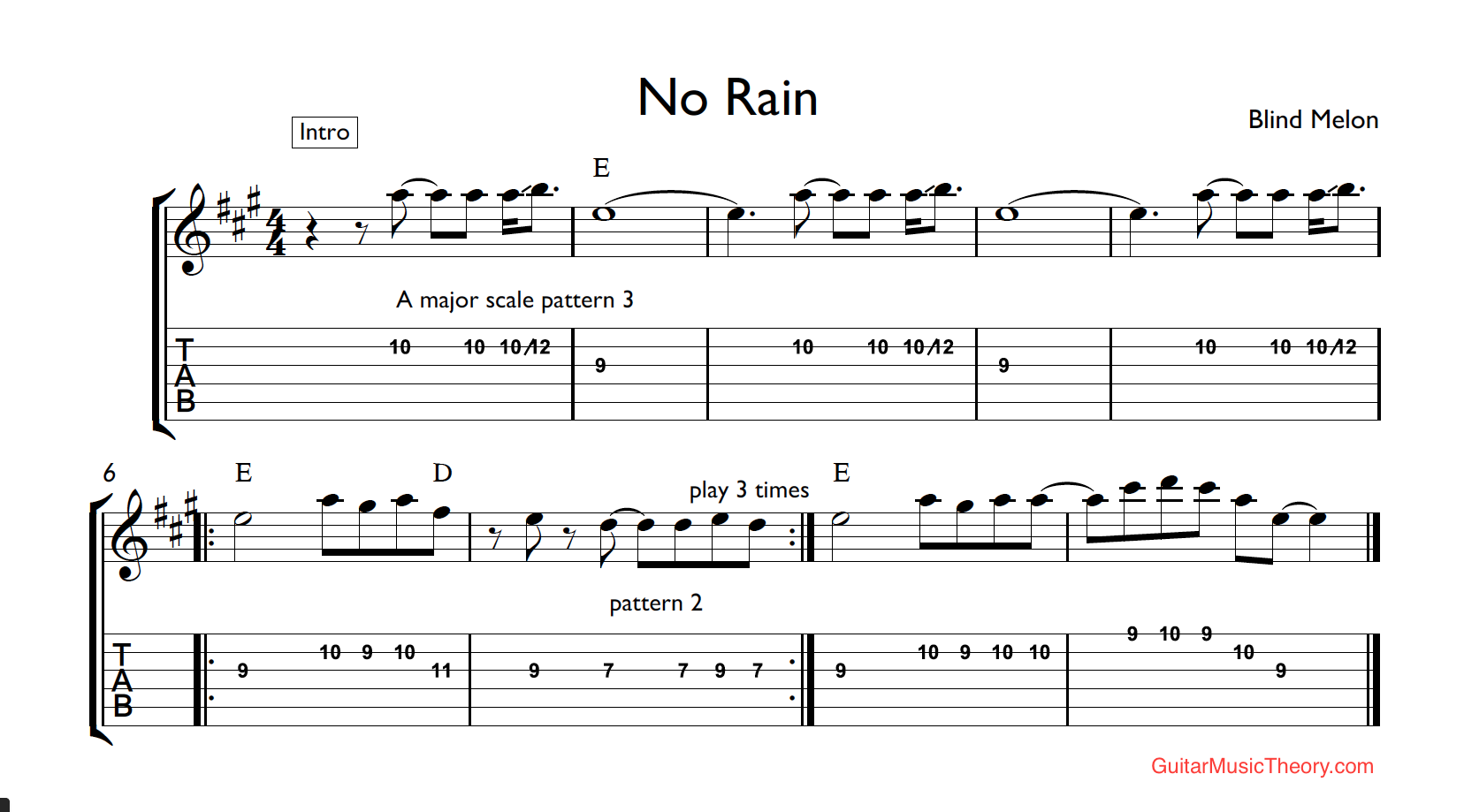 No Rain Tab and Mixolydian Mode

“No Rain” by Blind Melon is a great example of using major scale patterns on the guitar fretboard, as well as major scale modes. During the lead guitar sections, the chord changes are E-D. These chords are V and IV (5 and 4) out of the A major scale. Because the music centers on the major scale’s 5th degree (in this case, E), the fifth mode, Mixolydian, is produced. Because E is the primary pitch in the music, most musicians prefer to number it “1.” When expressed in Roman Numerals, which is common to music theory, the E-D chord progression becomes I-bVII. That’s 1 (E) and flat-seven (D). If E is the first scale degree, then a D natural is a b7th. 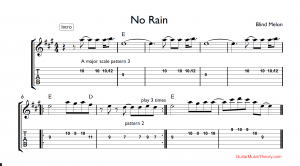 Modal Scale Patterns
Contrary to popular belief, playing Mixolydian mode does not require you to learn new scale patterns. Instead, you simply use the notes of A major. Additionally, you can use A major scale notes in any position and pattern. However you form A major scale patterns, the notes will always produce the sound of E Mixolydian mode when you play over the E-D chord progression, because the chord changes orient your ear to the 5th scale degree, E.

Learn More About Guitar Modes
Guitar modes and their use is covered at length in my video program, Fretboard Theory. Click the link for more details.

Free 6-Step Email Course
Sign up for me FREE 6-step email course, “Bedrock Guitar Theory of the Pros,” and discover the 6 simple concepts that will have you rockin’ guitar music like a pro in half the time of ordinary lessons!