“My Friends” by Red Hot Chili Peppers Chords and Progressions 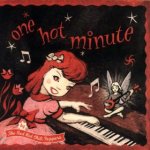 “My Friends” by Red Hot Chili Peppers Chords and Progressions

I have received a few questions regarding the song “My Friends” by Red Hot Chili Peppers. Here’s my take. I’m basing my analysis on this transcription.

First off, this song is, in my opinion, cobbled together without following any plan that is rooted in theory or composition techniques, however, the end result is good—I like the song.

Take out the second chord, Dmadd9/F, and the rest of the chords are straight out of D Mixolydian mode. D-G-C is I-IV-bVII. The Dmadd9/F just adds a minor third, F, to the D chord, which can be thought of as a bit of modal interchange, in this case mixing Mixolydian and minor. Think of the progression as all major chords, D-F-G-C. Play these chords as either barre chords or power chords moving around the neck to get a better feel for the movement. Notice that the guitar solo utilizes notes from the D Mixolydian scale over this same progression, but avoids F# and F natural when the Dmadd9/F is played, so there’s no conflict.

This sounds like a key change to me, because I no longer hear D as the primary pitch. I can’t come up with any rhyme or reason why the music moved to a C chord here, but perhaps because it was in the mix in the previous key. Moving from C to A sounds just as jarring as moving from the key of D to the C chord. Perhaps that’s the effect the composer wanted, to change to chords that didn’t have a natural flow. I wouldn’t try to fit this section into a major key.

As if the previous section wasn’t jarring enough, now the music features even more contrast by moving to completely unrelated chords again. This progression is based on chromatic steps, G-F#-F, not a major scale. The added chord tones are simply the result of letting some of the treble strings sustain. Again, I can’t come up with any reason why these chords go together. In fact, the truth is that these chords DON’T go together, which creates a jarring, dissonant sound that was, no doubt, the purpose of the song.

What’s your take on this song? Leave your comments below. 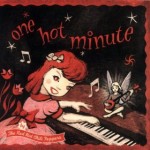