Is it better to start off on an acoustic or electric guitar?

Home Beginner Is it better to start off on an acoustic or electric guitar? 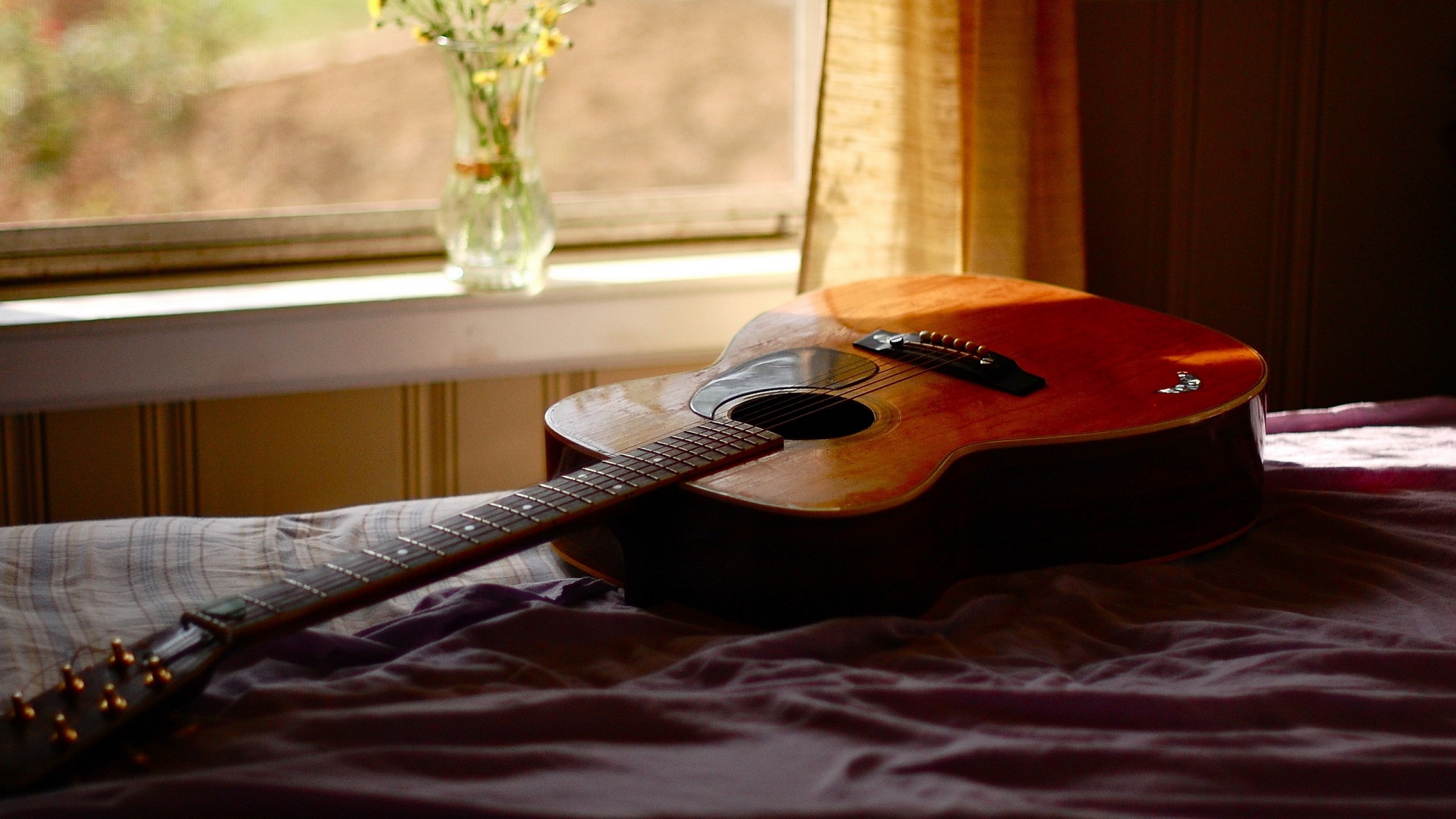 Is it better to start off on an acoustic or electric guitar?

“Should I start on acoustic or electric guitar?”

This is the number one question I get asked by newcomers. First let me explain to you the difference between an acoustic and electric guitar.

Acoustic guitars can be played and enjoyed without any additional amplification. Electric guitars need to be plugged into an amplifier to truly hear their sound. Both acoustic and electric guitars include six strings, are tuned the same, and are basically, at least in the beginning stages, played the same. What you learn on one type of instrument will carry over to the other.

Steel-String and Nylon-String Acoustic Guitars
Acoustic guitars include steel-string and nylon-string varieties. The steel-string, or “folk guitar,” is the standard type and is used the most in popular music. Song examples are “Yesterday” by The Beatles, “Stairway to Heaven” by Led Zeppelin, “Me and Bobby McGee” by Janis Joplin, and literally a million other tunes. 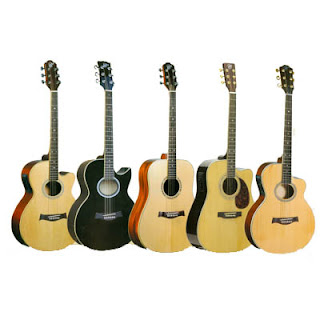 Nylon-string guitars, which produce a softer sound, are primarily used in classical and flamenco music but they sometimes appear in more mainstream music as well. Song examples include “Tears in Heaven” by Eric Clapton and “Have You Ever Really Loved a Woman?” by Bryan Adams. Country music icon Willie Nelson, part rebel and part oddball, has strangely made a nylon-string guitar his instrument of choice which is uncommon in his genre.

Either type of acoustic guitar is suitable for beginners. You may want to stick with a steel-string since it’s the most common. They will produce the sound you hear in most popular acoustic songs. There are a few benefits of the classical variety. Nylon strings are a little softer on the fingertips. Also, the strings are spaced slightly farther apart, which can give more room to chubby fingers.

Acoustic Guitar Prices
A good starter acoustic guitar will cost between $100-$200 by itself. For a bit more, you can get a pack that includes a gig bag (soft case), strap, electronic tuner, extra strings and picks. Acoustic guitars don’t come in nearly as many shapes as electric guitars because their shape has an effect on how they sound. In general, you’ll find this to be true about acoustic guitars: the bigger the body, the bigger the sound.

Electric Guitars
Electric guitars are as common in popular music as steel-string acoustics and even more common in rock styles (especially guitar solos). The electric guitar signal is frequently routed through devices that add special effects to the sound. These effects include reverb, distortion and echo. Electric guitar song examples include “Johnny B. Goode” by Chuck Berry, “Purple Haze” by Jimi Hendrix, the never-ending solo to “Free Bird” by Lynyrd Skynyrd, and literally a million other tunes.

Electric guitars come in a wide variety of shapes, colors and pickup configurations but they are all played the same. There are no specific types or features that a beginner requires. It’s all up to what you think looks nice, feels nice and fits your budget. Later, after your ear has had time to develop and can discern between all the different tonal characteristics, you may find that you prefer some models to others. Until then, don’t worry about it. Just get a guitar and learn how to play! 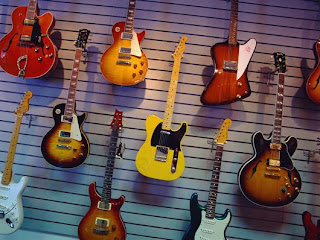 Electric Guitar Amplifiers
Electric guitars don’t make much sound on their own and need to be plugged into an amplifier to truly hear them. Be sure to factor the price of this additional item when you calculate the cost of buying an electric. Nothing fancy is required. A suitable starter amp can be bought for under $100.

Electric Guitar Prices
Electric guitar prices are similar to acoustic guitar prices ($100-$200) but with the additional expense of an amplifier. Most manufactures offer a package deal that includes a gig bag (soft case), strap, electronic tuner, extra strings, picks, plus an amplifier, cable and headphones. You can get all this for under $300 and it’s perfect for a beginning guitarist.

Which to Choose, Acoustic or Electric?
Any guitar will do, whether it is steel-string, nylon-string or electric, as long as it’s a decent instrument in good working condition. I recommend that students use what they’re most interested in playing.

In regard to which kind of guitar will better help a new player to develop, perhaps the biggest myth is that a student should begin studying on an acoustic and graduate to an electric. I completely disagree with this concept. In fact, one could make a good case against starting out on an acoustic. This is because acoustic guitars have thicker strings and higher action, which make them a little tougher to play. They put more stress on the fingertips and it takes slightly more skill to get a good sound. An electric on the other hand, has lighter strings, lower action and it’s easier to access the entire neck. More importantly, most students want an electric guitar and are more likely to be enthusiastic about practicing with one. This whole argument aside, it really doesn’t matter what you start on. Just start!

Beware of Junk
The figures I mentioned above are generally where the price of decent instruments start. While it’s possible to find a suitable guitar even cheaper, it’s also possible to waste your money (and time) on a guitar that’s too cheap to be played. Some guitars are borderline toys. They are made to look like legitimate instruments, but they are unable to be tuned and nearly impossible to actually use. Beware of guitars sold in department stores or catalogs that aren’t specifically guitar related. Also, most hand-me-down, garage sale, and flea market guitars are passed on for a reason: They’re junk! You’ll have a very hard time trying to play an inadequate instrument (if you’re able to play it at all).