“I Know You Rider” Grateful Dead Guitar Chords and Scales 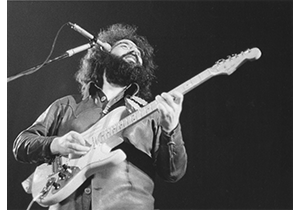 “I Know You Rider” Grateful Dead Guitar Chords and Scales

In this free guitar lesson you take a look at the chords and scales used in the Grateful Dead’s version of “I Know You Rider” as featured on the album Europe ’72 (listen to the track in the embedded video above). This includes a discussion about the song’s key and chord progression, as well as a look at how to approach the chord changes as a lead guitarist like Jerry Garcia.

I Know You Rider Chords

The chords used in “I Know You Rider” are very simple and consist of only four basic major chords, D, C, G, and F, with D functioning as the primary chord as you see in the chart below. What makes the progression tricky, though, is the fact that its chords don’t all fit into the key of D.  The key of D consists of the notes D E F# G A B C# and the chords D Em F#m G A Bm and a C#mb5 (a.k.a diminished triad). So where then do the chords C and F come from? Keep reading for the answer…

While it’s true that the primary chord in “I Know You Rider” is D, and the song is said to be in the key of D overall, the notes and chords are not actually drawn from the D major scale. Instead, they are drawn from the G major scale, but centered on the 5th degree, D, making what’s called D Mixolydian mode. In this mode, the notes are D E F# G A B C (natural) and the chords are D Em F#mb5 G Am Bm C. This covers the first half of the progression, but you still haven’t fit in the F chord in the next half. Keep reading…

When the music changes to the F chord, the scale changes to C major, which consists of the notes C D E F G A B and the chords C Dm Em F G Am Bmb5. If you still think about D as being your tonal center, then this is the C scale’s second mode, D Dorian.

All together, “I Know You Rider” uses a composition technique called modal interchange or modal mixture. This is when notes and chords from parallel scales are combined to form one melody or chord progression. In this case, you combine D Mixolydian and D Dorian. With a little examination, you see that the only difference between these two scales is the F. D Mixolydian features an F#, and D Dorian features an F natural. In both cases F is the 3rd of D, but F# is a major 3rd and F natural is a minor 3rd. So the music toys with a major and minor tonality, and so does Jerry Garcia’s guitar solo, which you learn more about in the next lesson section below. 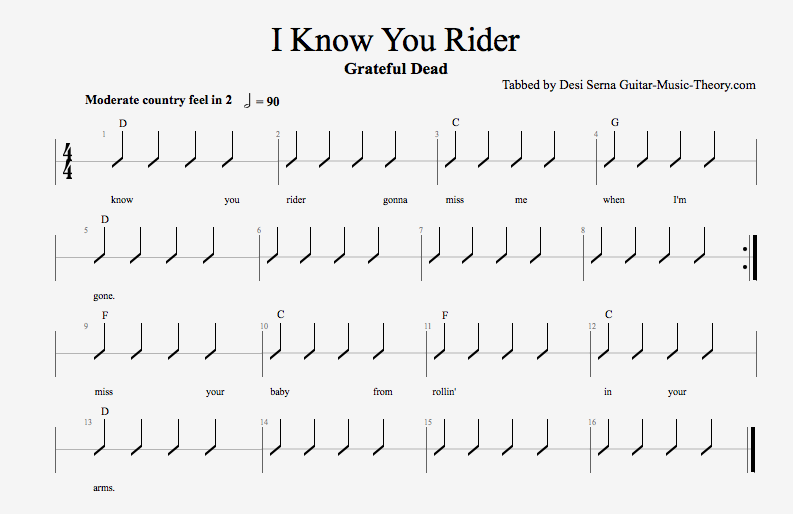 I Know You Rider Scales

As detailed in the previous section on chords, “I Know You Rider” interchanges two types of D scales, D Mixolydian and D Dorian. These scales are then used to add melody and lead lines. In addition to thinking about scale patterns, you can also target chord tones in your solos by using related arpeggio patterns. Both of these, scales and arpeggios, are illustrated for you below in a series of guitar neck diagrams. Here is how each example is applied: 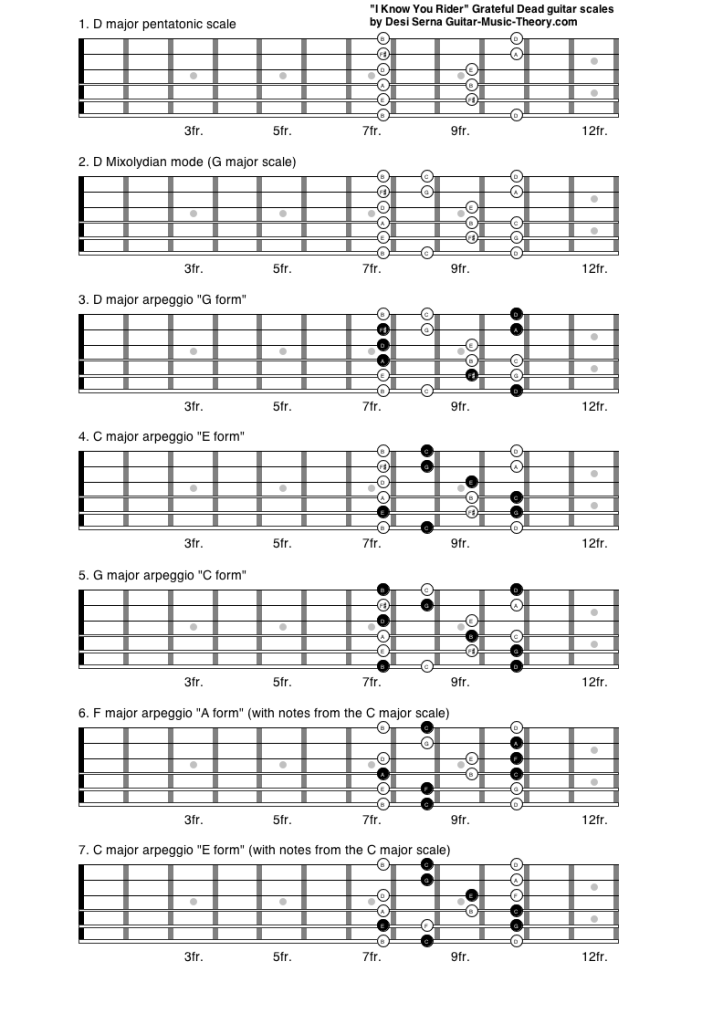 I Know You Rider Music Theory

The use of modes (especially Mixolydian), modal mixture, and chord tone soloing is prevalent in the Grateful Dead’s music and Jerry Garcia’s guitar style.  As you can see, the simple chords and progression used in “I Know You Rider” actually make for a somewhat complicated approach to music composition and improvisation because of the use of these techniques. These techniques also make the music sound more interesting and the song more fun (or more challenging) to play. I have outline for you one way to approach “I Know You Rider” as a lead guitarist, but you’re free to explore other options, like playing the same scales in other positions and targeting chord tones using other chord forms.