Home Blog Guitar Theory Numbers and Intervals On the Fretboard 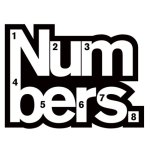 Guitarists play and use intervals for melody, harmony, riffs, lead guitar solos, and bass lines. Understanding how intervals are played on the fretboard is an important part of learning about guitar theory, understanding music and popular songs. In this free guitar lesson you”ll be introduced to what intervals are, how they”re numbered, which intervals are commonly used, and what songs make good examples of using intervals such as thirds, fourths, fifths, sixths and sevenths. This music theory instruction is based on the book Fretboard Theory Chapter 9.

Guitar players map out interval shapes on the fretboard, then use these note combinations to play musical parts. For example, you can try playing entirely through a major scale pattern and adding a third interval to each note. In other words, play through the major scale two notes at a time with the second note always a third a head. In order to do this correctly you need to ONLY use notes from the major scale you”re playing in. As a result, some third intervals are major while others are minor. Playing in this manner is one way to harmonize the major scale (and is similar to how guitar players learn chord progressions and playing by numbers)

The famous guitar intro to “Brown Eyed Girl” by Van Morrison is a great song example of playing a major scale melody harmonized in thirds. Many other famous songs have prominent guitar intros, riffs or solos that use third intervals, with some, like “Blackbird” opting to place the thirds an octave higher (also known as “tenths” because you count ten steps from root to octave third).

Playing in fifths is another way to harmonize the major scale using intervals. Fifth intervals are simply power chords. Full chords consist of a root, third and fifth interval, so power chords are theoretically not chords in the music world. They”re intervals. In fact, they are the most common type of interval played on the guitar. Any time you use power chords you”re playing “in fifths.” The guitar riff in “Iron Man” by Black Sabbath is just one example of many that use power chords, or fifth intervals (songs can begin at any major scale degree or mode). Fifth intervals can also be inverted by putting the root above the fifth. This is heard in the intro to “Smoke On the Water” by Deep Purple (Some players call these shapes “fourths” because they count from the note in the lowest position to the note in the highest position.)

Other intervals can be worked out on the guitar also. Just play through a major scale two notes at a time with the second note a certain distance ahead. Be sure to only use notes found in the scale you”re using. Once you get interval shapes mapped out on the fretboard, try moving them into different octaves and positions on the guitar neck or transposing them to new keys.

Understanding how intervals are played and used in popular songs is critical to developing a solid knowledge of music theory. The harmony that intervals create are not just used in guitar riffs and solos but parts played on other instruments as well including voices. Singing in harmony is no different than playing in thirds or fifths, etc. In fact, many singers will work out a vocal harmony part on an instrument first in order to teach themselves how to sing the intervals correctly. Smart players use guitar theory and intervals to help them in all aspects of their musicianship.