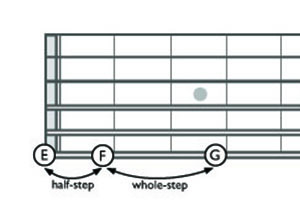 The musical alphabet consists of the note-names A through G. On the guitar, the open sixth string is the note E. The distance from E to F is a half-step, one fret on the guitar, so F falls on the first fret. F to G, G to A and A to B are all whole-steps, two frets on the guitar. Below is the placement of all the natural notes on the sixth string.

Notes on the sixth string

Notice that B to C is also a half-step, frets seven and eight. You can also see that at the twelfth fret, often marked with double dots, the note E repeats, but now one octave higher.

E to E octave on the sixth string

The notes on the sixth string also correspond to the root-notes of common open chords such as E major and G major. 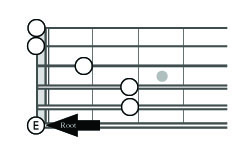 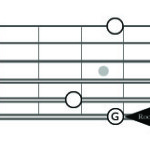 The A at the fifth fret is actually the exact same note of the open fifth string. This is why guitarists often use the fifth fret for relative tuning.