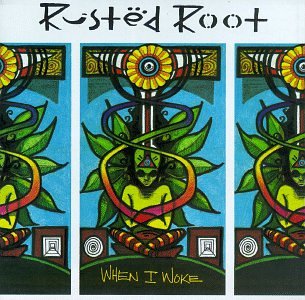 “Ecstacy” by Rusted Root is a good example of using modal interchange. The entire song centers on a D chord, but the guitar modes, or parent major scales, change.

D Dorian Mode
From the beginning of the song up to 2:36 the progression is Dm C G which is ii I V in the C major scale (some would call this i bVII IV in Dm). There’s also a Dm to Em section which also stems from the C major scale. Play the C major scale over this and you’ll produce D Dorian mode because the second degree of the scale, D, is function as the root.

D Aeolian Mode
At 2:36 the chord progression changes to Dm Bb C which is vi IV V in the F major scale (or i bVI bVII in Dm). Play the F major scale over this and you’ll produce D Aeolian mode because the sixth scale degree, D, is functioning as the root.

D Major
At 3:10 you’ll hear two measures of D MAJOR chord which is yet another mode. It could be Ionian, Lydian or Mixolydian. I don’t hear any chord changes, melody or solo over this brief section, so the mode is probably irrelevant.

At 3:14 the progression and mode returns to the original D Dorian. From there the song revisits some of the earlier parts and modes. Can you figure them out and follow?

Modal Interchange
Notice how the root remains D through out the whole song, but the mode, or parent major scale changes. Sometimes D is the second in C (Dorian mode), sometimes it’s the sixth in F (Aeolian mode) and sometimes it’s major. Switching it up like this is called modal interchange or modal mixture. This technique and how it gets used in familiar songs is covered at length in my Fretboard Theory guitar theory course. 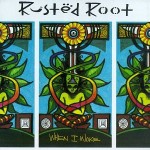