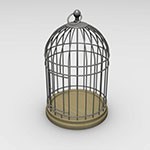 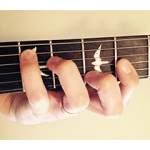 In my book, Fretboard Theory, and also the related video program, CAGED System Chords: How to Easily Master the Chord Forms Used to Play Rock’s Most Iconic Rhythm Guitar Parts, I teach the CAGED method strictly as a system for learning chord shapes and arpeggio patterns. But sometimes you see instructors teach scale patterns along with it by combining each chord form with a related scale pattern.

As far as how I number the scale patterns that I teach, there is no correlation between the CAGED forms and the numbers assigned to the pentatonic and major scale patterns. In fact, the pattern numbers are irrelevant. I only number them so that I can refer to each one specifically when needed. I used the numberings that I usually see other guitar teachers use, but the patterns can certainly be numbered differently. For example, some instructional methods start with what I teach as pentatonic pattern five and call it pattern one, and so on.

In the second half of the Fretboard Theory course (book two and its videos) I show you how to use CAGED chord forms and arpeggio patterns to target chord tones in your lead lines. This technique, called chord tone soloing, gives your melodies and solos more direction and helps you to connect scales more closely to their related chords and chord changes.

Is the Guitar CAGED System a Bad Thing?

To learn more about the pros and cons of using the CAGED system as a means to arrange scales on the fretboard, read my article, “Is the Guitar CAGED System a Bad Thing?”