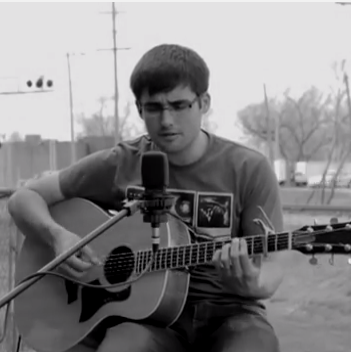 The video above features an acoustic rendition of the song “Christ Is Risen” by Jason Waller, a song that was written and originally recorded by Matt Maher. Jason uses some great chord voicings on the guitar, utilizing a capo and open strings to good effect. In this free guitar lesson you play these chord shapes and learn from which common forms they are drawn. You will want to follow along using the lyric sheet and fretboard diagrams below.

Key
First off, the music is based in the key of F#, but Jason places a capo at the 2nd fret and then uses chords that look and feel like the key of E while sounding like F#. Both the lyric sheet and the neck diagrams write the chords as if they were in the key of E. You can learn them first without a capo in the key of E, then add the capo and move everything up two frets to the key of F#.

Chord Progression
Numerically, the chords used in this song are I, IV, V, or E, A, and B, the three major chords in the key of E, and then vi, C#m. An inversion of the I chord, E/G#, comes up often. The addition of open strings adds extra chord tones and extensions to the chords that not only produce a richer sound, but add to the chord names as well.

E (E5)
The first chord played, and the first chord on the lyric sheet, is the I chord, E. If you take a look at the fretboard diagrams you see that this chord is actually an E5, a so-called “power chord.” It includes just a root and 5th, no 3rd. Looking at the strings on the guitar from 6 to 1 (thickest to thinnest), the notes in the E5 are E B E B B E. By interval that’s 1 5 1 5 5 1. You’ll need to barre a bit with your index finger and then use either your ring or pinky finger for the B at the 4th fret of string 3. Take note of the open strings that are part of the chord, strings 6, 2, and 1. This shape is a combination of an “E form” and “D form” if you’re familiar with the CAGED chord building system.

A (Asus2)
Next is the IV chord, A. Instead of using a standard open A chord shape, you play a version of it that adds a 2nd degree and omits, or “suspends,” the 3rd. From the root A on the 5th string this Asus2 is stacked A E B B E or by number, 1 5 2 2 5. Notice that you sustain the same E and B notes from the E chord over the A chord. This can be considered a type of pedal tone technique and creates an airy feel. Be sure to skip over the 6th string, E, or, as Jason does, use your middle finger to mute it.

E/G#
When the music returns to the tonic, E, the 3rd of E, G#, is placed in the bass position of the chord. The slash symbol in the E/G# chord indicates that a note other than the root is in the bass position. Be sure to mute the 5th string by leaning your ring finger back just enough to touch it and stop it from ringing.

C#m7
Next is the vi chord, C#m. This chord is played as a typical power chord shape drawn right out of a standard minor barre chord with the root on the 5th string (an “Am form” to be specific). Strings 2 and 1 are still sustaining from the previous chords. The addition of the B on the 2nd string makes C#m7 (B is a 7th to C#). With this shape you need to mute the 6th string. Try fretting the C# on the 5th string in a manner that puts the tip of the index finger up against the 6th string to deaden it.

B (Bsus4)
The previous shape, C#m7, is simply slid down two frets for the next chord, the V chord Bsus4. In this position the B is drawn from a standard “A form” barre chord, but again modified to accommodate the open strings which are pedaled throughout the whole song. The addition of the two open strings adds a 4th, E. Because the chord has no major 3rd, you call it a sus4. Keep muting the 6th string.

B version 2 (Badd4) and A version 2 (Aadd9)
At other points in the song (such as 0:36) another version of B is used, Badd4. This shape is based on a standard “E form” barre chord in the 7th position, and is reduced to just the root, B, an octave root, B, and a 3rd, D#. Here you need to mute the 5th string by leaning your index finger back on it. Strings 2 and 1 are still sustaining. The addition of the E on string 1 adds a 4th, but because the third, D#, is still present in the chord you call it “add4” not “sus4” (or possibly add11 since an 11th is simply a 4th transposed up an octave). You can move this shape down two frets, take your index off of the A on the 6th string and play the open 5th string, A, instead, to make the Aadd9 that comes up later. When a 2nd replaces a 3rd it’s called a sus, but when the 3rd remains it’s called an add9. 2 and 9 are actually the same note, 9 is just an octave higher. In this case, the 2nd and 9th of A are both B.

E version 2 (E5) and E version 3 (Emaj7)
In what sounds like the main chorus of the song (0:39) Jason plays the tonic chord, E, in a different position than where he starts. The E version 2 (E5) is another power chord shape drawn from a standard “A form.” With the addition of the open strings it’s all roots and 5ths again. When you drop the note on the 3rd string one fret, adding a D# to the mix, the chord becomes an E major seven.

Capo
Once you get the chord shapes and changes down in this position, place a capo at the 2nd fret and move all fingerings up two frets. This will put you in the key of F# and allow you to match and play along with the video recording.

Other songs
The unique chord shapes and open-string techniques used in “Christ Is Risen” can be applied to other songs too. I like to play the I-V-IV chord changes from The Who’s “Baba O’Riley” in the key of E with no capo using the open string shapes taught here for a big, full sound. You can move the capo around to play in different keys. For example, put a capo at the 5th fret for a new take on “Stand By Me” by Ben E. King and “Every Breath You Take” by The Police in the key of A (both I-vi-IV-V). In addition to strumming, you can arpeggiate the chords by picking through them one string at a time in one direction or another using either a guitar pick or your fingers. All the chord shapes and techniques described in this blog post can be applied to both acoustic and electric guitar. 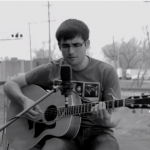 Why should I believe in Christ’s resurrection?